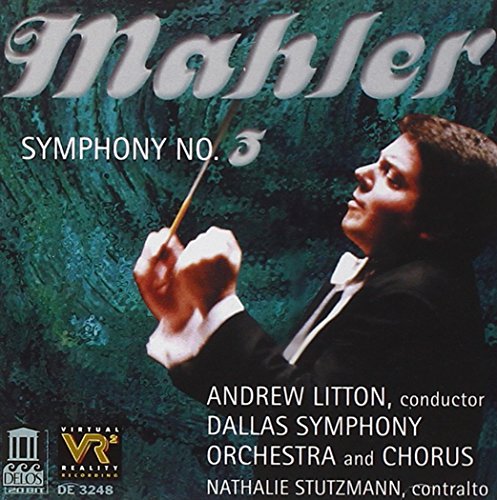 Two more Mahler symphonies to go! It’s a pretty close call for me between these last two (Symphony 3 and 2) as to which I like the best. Both symphonies are worth seeing live. The epic sound and spectacle of these two works are absolutely amazing. But I like Mahler 2 that fraction more, so here we are with the second last symphony being the might Mahler 3.

The first thing I need to warn you up front is that the Mahler 3 is the longest of all Mahler’s symphonies (and as you know,they’re all pretty long!). It runs for around 100 minutes, and it’s probably the longest symphony that is still regularly performed by orchestras to this day.

Which is quite a feat, because the length makes it incredibly difficult. I was speaking to a French horn player the other day who explained that the Mahler 3 is the hardest piece there is to play. (At least for horns!) There’s so much work to do, for so long, that it’s almost impossible to play the end. But at the same time, it was his favourite piece of music in the world. So that tells you something, right?

I’m happy to say, having seen it live a few times, it’s not anywhere near as difficult to sit through as it is to play. In fact, despite the length, it actually seems shorter than some of the other Mahler symphonies. I think it’s because there is so much interesting stuff going on all the time, and every movement is so different from the others, that you can’t help but get sucked into the whole experience.

What is does help to know, before we set out, is that the Mahler 3 is broken into six movements (which is unusual, given that most normal symphonies have four). And they don’t even correspond to normal movements. Unlike most symphonies where the fast movements are usually the first and last ones, this symphony begins and ends with two massive slow movements. (Which might sound familiar to readers of this blog, having just listened to the Mahler 9.)

The reason for this, though, is that Mahler had a particular scheme or idea in mind when he was creating the movements. He envisioned a vast chain of creation, starting with the lower-level elements and ending all the way up at God (or Divine Love, as he would describe it). So he once described the movements like this:

And then, honing in on Movement I, as well as being about the static rocks and mountains, Mahler also wanted to capture in music an epic struggle between winter and summer, but we’ll talk more about that when we listen to the first movement.

I should also add that after a couple of premieres of the work, he decided to not tell people what it was about at all, and hid all his notes away. His main reason for this was that he didn’t want to give people something to criticise that might take them away from just listening to the music itself. But thankfully we have scholars nowadays who are quite okay with peeking in people’s diaries and notes after they’ve died, and now most people who know Mahler are familiar with what he is trying to do. And I’ve got to say, if you didn’t know that it was about a chain of creation, it would be a much more confusing piece to listen, so I’m glad that people have researched this one.

My choice on recordings is an unusual one, because it’s not particularly famous. I also apologise that it splits the movements up into lots of tracks – which is great if you’re skipping to the really good bits on CD, not so great if you’re trying to link to Spotify tracks, but we’ll see how we get on. But I love the sound engineering and balance on this recording by the Dallas Symphony Orchestra conducted by Andrew Litton. There are a number of sections where Mahler brings the full orchestra in and the clearer all the instruments sound and blend together, the more spectacular the result. There are plenty of others out there to choose from, so this is by no means definitive, but it’s the one I keep coming back to.

See you soon with Movement I!

One thought on “The Mahler Symphonies Guided Tour – Up Next: Symphony No 3”